57mm edge is the large size for a common Japanese. However, for persons with the large physique, such as Europeans and Americans, it is the size for which it is suitable. 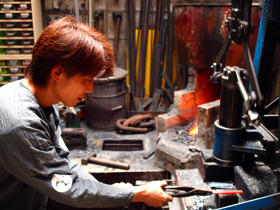